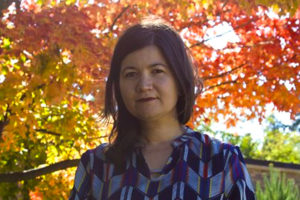 Assistant Professor Ana Paula Pimentel Walker received a PhD in anthropology from the University of California, San Diego, master’s degrees in both urban planning and Latin American studies from the University of California, Los Angeles, and a law degree from Brazil. Pimentel Walker’s research, teaching, and service has focused on amplifying the voices of informal dwellers (Brazil), migrants (Michigan), and other minorities in the planning process, while identifying, evaluating, and disseminating participatory mechanisms that promote socially and environmentally just cities.

Ana Paula Pimentel Walker and her research partner, Maria Arquero de Alarcon, were amongst Taubman College faculty members to receive prestigious awards from the Association of Collegiate Schools of Architecture. At the 2019 Architectural Education Awards, the duo won the Collaborative Practice award for their project “Young, Informal, and Sustainable: Devising Urban Strategies for Young Informal Land Occupations”. The project focused on a collaboration between a network of people and organizations in order to create a community space for informal land occupants in the community.

The Dow Distinguished Awards for Interdisciplinary Sustainability awarded 1st place to the student-led project advised by Ana Paula Pimentel Walker. The project addressed housing and environmental concerns in an informal settlement in Brazil and used the award money to develop sustainable housing prototypes. The Dow Distinguished Awards are granted to projects with an interdisciplinary and student-led nature focusing on sustainable actions and outcomes.

The urban planning capstone and architecture studio, taught by Ana Paula Pimentel Walker and Maria Arquero de Alarcon, was one of the recipients of the Ford Community College Challenge. The goal of the challenge was to fund student projects designed to offer tangible solutions to a community. The project the class designed focuses on housing and environmental conflicts in an informal settlement community near Sao Paulo, Brazil. View Award

Ana Paula Pimentel Walker instructed a Master’s of Urban Planning studio where the students created a hands-on project for a real-world client. The project focused on an informal settlement in Sao Leopoldo, Brazil where the students worked with the community to implement improvements. The project won multiple awards, which allowed the students to travel to the project site and learn the in’s and out’s of implementing changes in response to environmental challenges.

Mega-events, such as the World Cup and the Olympics, have caused protests in Brazil because the event covers up the deeply entrenched problems in the community. Ana Paula Pimentel Walker looks into the phenomenon of a country focusing on its future, in the form of preparing for such mega-events, to escape the present.

The Conflation of Participatory Budgeting and Public–Private Partnerships in Porto Alegre, Brazil: The Construction of a Working‐Class Mall for Street Hawkers

Ana Paula Pimentel Walker analyzed the impact of social class and its role in transforming public-private partnerships in urbanization. During the construction of a shopping mall in Porto Alegre, Brazil, Pimentel Walker used participatory planning methods to involve the community in the development. She found that social class can play an important role in developing new methods of urbanization.

Embodied identity and political participation: Squatters’ engagement in the participatory budget in Brazil

In this publication, Ana Paula Pimentel Walker analyzes the relationship between identity and social and political participation amongst a squatter community in Brazil. She studied the engagement of squatters in the participatory budget and how their engagement changed in relation to their identities. She found that different identities, specifically positional versus embodied identities, had implications on how the squatters engaged in participatory governance.