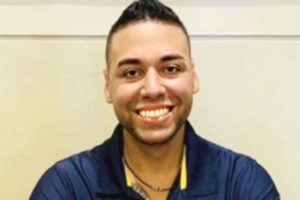 Christopher Sanjurjo Montalvo is an MSW student at the University of Michigan with an Interpersonal Practice/Mental Health concentration. Chris has engaged in global research in partnership with the University of Fort Hare where the humanistic philosophy of Ubuntu was utilized as an intervention for rebuilding distressed communities. Chris is currently providing bilingual therapeutic services to undocumented, refugee, and diverse populations as an intern in
SW Detroit. Chris has presented work exploring the integration of indigenous healthcare practices within the western medical model and decolonizing indigenous spirituality. Chris hopes that his research enhances socially just practices with migrant and refugee populations.