The Significance of Participatory Institutions in Planning Socially Just Cities 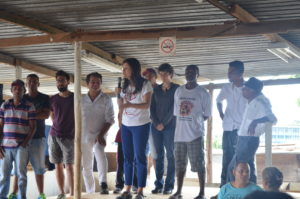 Can participatory planning institutions redistribute resources while recognizing minority rights? This project examines the outcomes of participatory urban governance from the perspective of those living in informal settlements and Afro-Brazilian territories. I reflect on the evolving discourses of citizen participation in light of over twenty years of planning mechanisms, such as the participatory budget process in Brazil. My findings highlight how partisan politics and profit-driven redevelopment projects have undermined the initial effectiveness of democratic planning as a tool of sustainable slum upgrading and social justice. Ultimately, I am rethinking and examining the various ways disenfranchised populations may be involved in local government, including current methods and new, possible alternatives.

Legal Institutions and the Planning Process: Conflicts Between the Right to Adequate Housing and to a Sustainable Environment 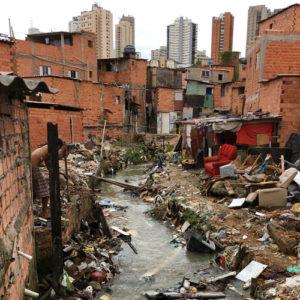 How does the Brazilian Judiciary Power manage disputes between the constitutional rights to housing and a healthy environment in São Paulo’s informal settlements? By contrast, how do planners in city government use the courts to advance and enforce their plans on litigation involving informality and the environment? What are the indicators of access to justice for informal dwellers? Using the city of São Paulo as a field site, Pimentel Walker and Arquero de Alarcón investigate how state agents within the Judiciary Power provide answers to a wicked problem of the Global South: environmental degradation and risk in urban areas informally occupied by very low-income families. We identified two major sets of lawsuits: one in which informal settlements developed in areas of geological risk and the other in which they “urbanize” zones of environmental protection and preservation. Most court cases involve litigation in the periphery, demonstrating the failure of land use and environmental regulations to prevent conflict at the peri-urban interface.